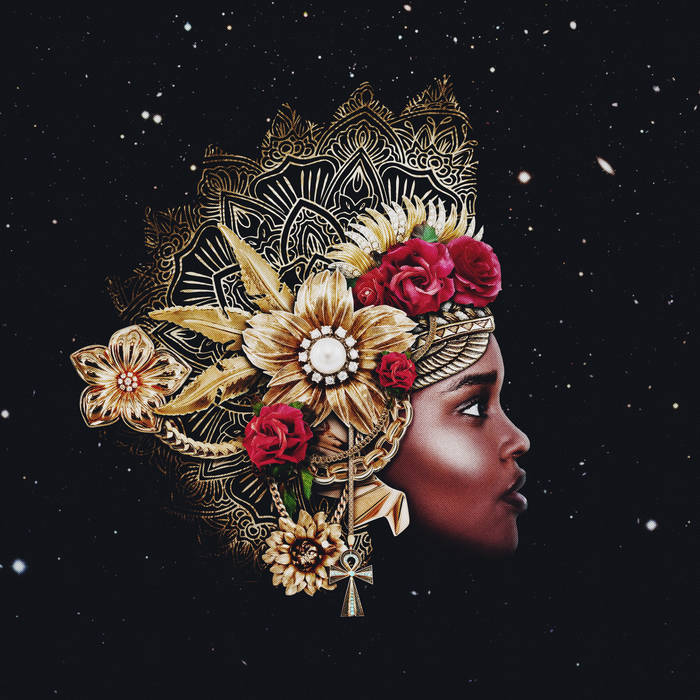 PRESS: EXCLAIM.CA
H.E.R. is straight-up beat work that's not bogged down by superfluous, of-the-moment gimmicks. Instead, each track is wildly different, throwing in expansive percussion, hip-hop, electronic and spoken word from Eartha Kitt. It's as if Arms and Sleepers and Flying Lotus got into a dust-up with Lone.

The six tracks on the EP are also shells to an extent, or brief beginnings of something much bigger. With most tracks running just over a minute, there's an absolute desire for more — not in the sense that they're lacking (though short, they're entirely complex). You simply don't want them to end. 8/10
~~ Ashley Hampson | exclaim.ca/music/article/obuxum-h_e_r

PRESS: REVIEW: scratchedvinyl.com
OBUXUM is a young producer from Toronto who has been releasing music for a couple of years now. She recently caught the ear of URBNET Records, and they have now teamed up to release her latest project, and EP called H.E.R..

Just glancing at the song length on this EP, your first instinct might be to think of this as a beat tape, but that’s not the case with H.E.R.. This is such a complex and multi-faceted project, it doesn’t feel anywhere close to ten-minute run time it actually has. No, OBUXUM has crafted such a unique sound that defies genre along with compositions that are constantly shifting and evolving, it feels much longer than that. H.E.R. is best listened to in one sitting, just letting go and letting OBUXUM take you on a journey. The opening bars of “HE(R)STORY” might give you the idea that you’re in for some DJ Shadow-ish downtempo, with this big, spacious beat and some beautiful and soulful keyboards providing structure to the song, but that fades out to a poignant vocal sample that asks you to consider what compromise it. From there, we get “THE 6IX GODDESS,” which makes nice use of chopped up and manipulated vocal samples. On “PU$$Y POWAH,” OBUXUM steers the EP into this meditative trap beat, with a haunting synthesizer melody that provides the hook. When you get to “BETTY BLUE’S INTERLUDE,” the EP really starts to open up as OBUXUM takes an opera sample, flips it and chops it up, and then takes us into this European skweee sound as keyboards take over and drive the melody over a downtempo dance beat. This gives way into “ZIPP DISKKSS (TO AN ANGEL),” which ramps up the energy as a pulsing dance beat pushes the EP forward. “DUNKIN VIBRATIONS” takes that dance vibe and kicks everything up a level to the peak of the EP, as rhythmic patterns and chopped vocal samples all bounce off each other in this really compelling fashion that remind me a bit of A Tribe Called Red.

Normally, when I get a ten-minute release, I’m only given enough time to think something is nice enough and maybe it has potential. OBUXUM was able to pack so much into H.E.R., I not only think she has potential, I know she has the goods as a producer with her own unique vision. I can’t wait to see where she goes from here. 8/10
~~ Chi Chi | scratchedvinyl.com

PRESS: THISISWORLDTOWN.COM
GET TO KNOW: OBUXUM, THE MUSIC PRODUCER REDEFINING LIVE PERFORMANCE
In advance of This is Worldtown’s One Year Anniversary Event ARCHV RMX, we chatted with performance artist OBUXUM about finding healing through hip hop, storytelling through live performance, and rejecting compromising her sound.
~~ thisisworldtown.com/tag/obuxum/


PRESS: NOWTORONTO.COM
Toronto musicians to watch in 2018: electronic edition
It’s amazing how many influences OBUXUM is able to distill into a handful of beats, and how quickly her expansive repertoire is coming together. It’s just in the past year that the Somali-Canadian musician started playing live, with appearances at Electric Eclectics, Venus Fest and a release show for the H.E.R. EP at Double Double Land in the fall.

You couldn’t pick a more electrifying 10 minutes of music from last year than that EP: woozy synth pads and clipped vocals sit atop deadly beats that hit Dilla levels of being in the pocket. Her expert layering of digital manipulations alongside the button-smashing freneticism of triggered samples indicates a deep understanding of the traditions she’s working with, even as she uproots and rewrites them in her singular voice. She’s prepping two projects for release in 2018: a full-length and a collaboration with NYC producer Furozh.
~~ nowtoronto.com/music/features/toronto-musicians-to-watch-in-2018-electronic-edition/

PRESS: MEDIUM.COM
Toronto-based producer OBUXUM believes creativity is an essential part of life — a quality that all human beings possess but don’t always get a chance to access. “I feel like every single person is born creative, but not many people have the opportunity to explore their different creative niches and then turn that into art,” she says. “For me, art means everything.”
~~ medium.com/micro-chop/i-wear-my-art-on-my-sleeve-exploring-mood-meaning-and-process-with-obuxum-b6518d509139

BIOGRAPHY: OBUXUM is a Toronto based Somali-Canadian producer and beat maker, whose lush and characteristic sound celebrates story telling.

She has made her presence known with notable festival performances at Wavelength Festival, Kazoo! Fest, Electric Eclectics, and Venus Fest. NOW Magazine also recently included her in their list of Toronto electronic musicians to watch in 2018.

OBUXUM’s latest EP, H.E.R., released via URBNET in 2018, embodies her inspirations and reflections, to the feel of a rhythmic pulse. She tells her un-silenced story of what it is to navigate this world as a Somali-Canadian womxn.

“The blk, brwn, and indigenous womxn have inspired me endlessly to remain courageous, daring and bold. That’s what she represents”.

H.E.R. exemplifies OBUXUM’s progression as an artist, by building on her previous works, Luul, ITIYAMA, and 2991. The record carries through an alternative blend of hip-hop and electronics, creating a raw and unnameable vibe.

i've been plotting on this body of work for almost a year now
i imagined it to sound exactly the way it does.
full of body, character and intention.
the blk, brwn and indigenous womxn have inspired me endlessly to remain
courageous, daring and bold.
thats what she represents.
this is my story and i hope u enjoy it.
OBUXUM

Toronto-based producer OBUXUM believes creativity is an essential part of life — a quality that all human beings possess but don’t always get a chance to access. “I feel like every single person is born creative, but not many people have the opportunity to explore their different creative niches and then turn that into art,” she says. “For me, art means everything.” ... more

Bandcamp Daily  your guide to the world of Bandcamp